Before the Flood: The Golden Volta Basin

Nyame Akuma: Bulletin of the Society of Africanist Archaeologists

The Northern Volta basin has engaged the attention of major research projects in the last ten years with greater Intensity than has been known in the history of research in the area. Explanation of the cultural development as well as connections or relationships between ethnic groups, their geographical distribution and settlement patterning, and the nature and mechanism of functional adaptation in the area are issues that appear to have been the main foci of investigation.

Conclusions based on the data available emphasized the northern Volta Basin as an important area for the development of early cultural traditions in that part of West Africa. It was also generalized that ecological, historical, and cultural variables of the study indicate two waves of human movements: a north-south one occurring several thousand years ago in the stone age; and a more recent and influential one in the opposite .direction beginning in the second millennium A.D. These and other generalizations continue to require supporting evidence from other parts of the basin. This paper is an ethnography study examining archaeological evidence.

Agorsah, E.K. (1994) Before the Flood: The Golden Volta Basin. Nyame Akuma: Bulletin of the Society of Africanist Archaeologists, 41, 25-36. 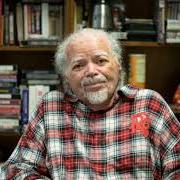