Center for Lakes and Reservoirs Publications and Presentations

Report on Nutria Management and Research in the Pacific Northwest

The nutria (Myocastor coypus) is a large semi-aquatic mammal native to South America that has been introduced to numerous countries around the world, primarily for fur farming. Nutria were introduced in Oregon and Washington in the 1930s, and feral populations were documented in 1943. Populations are known to be expanding in both Oregon and Washington, and regional nutria damage and nuisance complaints have increased in recent years. Most of the extensive damage caused by nutria is a direct result of feeding and burrowing, but nutria are also capable of transporting parasites and pathogens transmittable to humans, livestock, and pets. Although several past regional and local nutria research and management projects have been identified, there is a shortage of nutria information from the Pacific Northwest considering that the species has been present in the region for approximately seventy years. The Center for Lakes and Reservoirs (CLR) at Portland State University (PSU), in partnership with several local, state, and federal agencies, has taken the lead in addressing the regional nutria problem. Activities completed to date include a regional nutria management workshop, the ongoing development of a regional nutria distribution/density map, and a research project to analyze the impact of nutria herbivory on regional riparian wetland habitat restoration projects. In addition, the CLR at PSU is participating in the development of the national Aquatic Nuisance Species Task Force nutria management plan. This initial assessment of the current nutria situation in the Pacific Northwest conducted by the CLR at PSU has revealed that regional nutria problems are more extensive than previously realized. Nutria sightings have now been confirmed from the Canadian border to near the southern border of Oregon, confirming a larger range than was previously known. It was also found that the main nutria issues in the Pacific Northwest differ from the main nutria issues in Louisiana and Maryland. For example, the most significant category of regional nutria damage appears to be the destruction of water control structures and associated erosion caused by nutria burrowing, as opposed to nutria herbivory damage in Louisiana and Maryland. Another unique situation in the Pacific Northwest is the high density of nutria populations in urban areas, increasing the potential for conflicts between nutria and humans. Nutria attacks have been reported in isolated cases, and nutria are rodents that carry a variety of transmittable parasites and pathogens. It has also been confirmed that significant regional nutria herbivory damage does occur at some locations. Fortunately, it has become evident through the course of this assessment that a strong regional interest to address the nutria problem exists. A wide variety of agencies and organizations across the region are being negatively impacted by nutria, and these entities are ready to move forward to develop a feasible solution. To date, small-scale nutria management and eradication efforts have been somewhat effective temporarily, but a more permanent solution requires that the situation be addressed on a much larger scale. Due to the long period of time since the initial nutria introduction, the extent of current regional nutria populations, and the changing climate patterns, a long-term effort will likely be required to effectively address the regional nutria issue. The most immediate management need is to develop an official regional nutria management plan with the focus of greatly reducing the amount of damage being caused by this invasive rodent and preventing further population growth and expansion. The effectiveness of initial management efforts will shed light on how to adapt management strategies in the future and whether or not regional eradication is a feasible option. Continued nutria research and the development of coordinated management efforts at the regional scale are vital in order to bring the current regional nutria problem under control. The CLR at PSU has developed initial recommendations to help guide the process of determining how to most effectively manage nutria in the Pacific Northwest. First and foremost, funding sources for continued work on the regional nutria problem must be found. Once funding is secured, the development of an official nutria regional management plan is crucial. Priorities connected with the management plan would include creating an early detection rapid response plan, identifying best management practices, initiating a pilot eradication program, and identifying priority research needs. Potential research studies include a long-term pilot eradication project at the watershed level, relationships between climate change and regional nutria dispersal, and the dynamics of nutria-muskrat interactions. It is also evident that further coordination between local, state, and federal agencies is necessary to delegate responsibilities and keep all parties updated. The creation of a central regional database and appropriate agency protocols could be used to collect information about nutria damage and associated economic impacts. Current laws and regulations pertaining to nutria should be enforced and possibly updated so that Oregon and Washington laws are uniform. Finally, it is important to inform the public about current nutria issues and utilize resources the general public can potentially provide.

This is a research project report submitted in partial fulfillment of the degree requirements for Master of Environmental Management.

Sheffels, Trevor Robert and Sytsma, Mark, "Report on Nutria Management and Research in the Pacific Northwest" (2007). Center for Lakes and Reservoirs Publications and Presentations. 24.
https://pdxscholar.library.pdx.edu/centerforlakes_pub/24 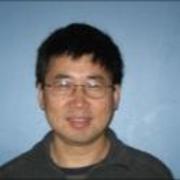