On the Role of Shape Prototypes in Hierarchical Models of Vision

This material is based upon work supported by the National Science Foundation under Grant Nos. 1018967 and 0749348.

We investigate the role of learned shape-prototypes in an influential family of hierarchical neural-network models of vision. Central to these networks’ design is a dictionary of learned shapes, which are meant to respond to discriminative visual patterns in the input. While higher-level features based on such learned prototypes have been cited as key for viewpointinvariant object-recognition in these models [1], [2], we show that high performance on invariant object-recognition tasks can be obtained by using a simple set of unlearned, “shape-free” features. This behavior is robust to the size of the network. These results call into question the roles of learning and shapespecificity in the success of such models on difficult vision tasks, and suggest that randomly constructed prototypes may provide a useful “universal” dictionary. 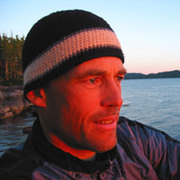