Clamoring for Greenbacks: Explaining the Resurgence of the U.S. Dollar in International Debt

This paper investigates the determinants of currency denomination in international debt. Using data on currency shares for international debt securities for 82 countries from 1995 through 2013, we find that while the extent of foreign currency issuance has not changed much since the 1990s, especially for developing countries, the currency composition has shifted, especially between the U.S. dollar and the euro. Before the Global Financial Crisis (GFC) of 2008, the share of the U.S. dollar has been on a downward trend while that of the euro had been on a steady rising trend, but since the crisis, the U.S. dollar share rebounded. With these findings, we estimate the determinants for the shares of the U.S. dollar, the euro, and the total of foreign currencies in international debt denomination. Our empirical analysis yields the following findings. First, not only does economic size matter, but also a country’s monetary, financial and fiscal stance. Second, countries seem to increase their reliance on the euro first before increasing their issuance of debt in domestic currency. Third, financial opening has a persistent, effective influence on both the extent of foreign currency denomination and the shares of individual major currencies. Lastly, by applying the baseline estimation model only to the data before 2007, we conduct a counterfactual analysis to examine what would have happened to the shares of the major currencies had it not been for the GFC. Our results show that without the occurrence of the GFC, the share of the euro in international debt in 2013 would have been 9 percentage points higher at 24%, while the share of the dollar would have been 13 percentage points lower at 54%. Considering a conservative scenario for the near future, the dollar will likely continue dominating the denomination of international debt. In 2020 the share of the dollar in international debt could be at 63% while the share of the euro could be 18%.

This paper was formerly titled as “Do We Like the Greenback or Something Else?: An Analysis on the Determinants of Reliance on Foreign-Currency Denominated Debt.”

Published by The Research Institute of Economy, Trade and Industry. Available at http://www.rieti.go.jp/en/.

Hiro Ito was affiliated with REITI at the time of writing.

Ito, Hiroyuki, and Cesar Rodriguez. Clamoring for Greenbacks: Explaining the resurgence of the US dollar in international debt. RIETI Working Paper 15-E-119 (October, 2015). 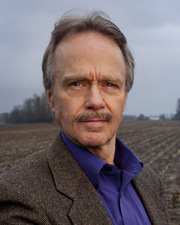