‘The Miracle of Density': The Socio‐material Epistemics of Urban Densification

Despite being a foundational concept in urban studies and practice, urban density has remained relatively immune to critical study. In the midst of contemporary global housing and environmental crises, density has become an even more paradigmatic, almost common‐sense urban category and planning idiom. This article interrogates urban density as a socio‐material epistemology, as a knowledge form and practice about people, things and their mutual entailments. Based on archival and ethnographic research among city planning networks in Bogotá, Colombia, I draw attention to the political projects that are encoded in the supposedly technical physics and aesthetics of urban densification. Far from a stable, descriptive category, actors actively mobilize density to reimagine and craft urban worlds. The article tracks the shifting deployments of density in Bogotá from the middle of the twentieth century to the present, from approaches aimed at removing urban crowds and stimulating modern densities to recent projects aimed at regulating densification and rendering it more inclusionary. The article's grounded ethnographic analysis critically illuminates the ways in which the grammar of density—as a taken‐for‐granted metric of urban transformation and an ideology of socio‐materiality—both shapes and limits the praxis of urban politics.

Pérez, F. (2020). ‘The Miracle of Density': The Socio‐material Epistemics of Urban Densification. International Journal of Urban and Regional Research. 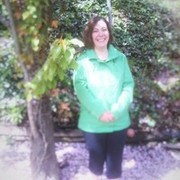