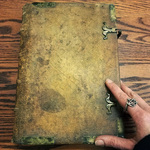 Women or Witches? Why Women Were the Target of the Malleus maleficarum

The fifteenth century saw advancements in a variety of fields, including the discovery and development of the printing press. Despite developments in many aspects of society, women lived under a cloud of misogyny. The inquisition and the witch hunts that became prevalent during this period made many women targets of mass hysteria and violence.

Witches became the focal point of clerical demonologists who sought to study the manner in which the devil worked through women to interfere with God’s creation and sacraments. One such demonologist was Heinrich Kramer, who wrote a manual for the discovery, interrogation, prosecution, and eventual execution of witches in Europe, the Malleus maleficarum. In the opening passage of the manual, Kramer declares women to be the sole operators of witchcraft.

Mederos, Remington, "Women or Witches? Why Women Were the Target of the Malleus maleficarum" (2020). Malleus Maleficarum. 2.
https://archives.pdx.edu/ds/psu/34869