Globalization and Genocidalism: Fictional Discourse Without Borders (for Fun and Profit)

In this essay we explore the relationship between globalization and genocidalism. “Globalization” is understood as “freedom and ability of individuals and firms to initiate voluntary economic transactions with residents of other countries,” while “genocidalism” is defined as “(i) the purposeful neglect to attribute responsibility for genocide in cases when overwhelming evidence exists, and as (ii) the energetic attributions of “genocide” in less then clear cases without considering available and convincing opposing evidence and argumentation.”

The hypothesis that we defend here as explanatory of globalization’s “surprising” failure to live up to its often repeated theoretical promise that it is not a “zero-sum game,” is that this apparent failure is a result of the impact of the sole super-power’s global politics. These policies are manifested through an open onslaught on the notion of state sovereignty (impacting the sovereignty of virtually all countries except that of the U.S.), and an aggressive promotion of all kinds of interventionism, in particular armed (“humanitarian”) intervention. The nexus between the two is to a significant degree provided by the social phenomenon (characteristic only of the West, since, for example, Mozambique does not go on talking about alleged genocide in, say, Northern Ireland) we call “genocidalism”. Genocidalism manifests itself as a tool of globalization that is ever more morphing into a sort of imperialism and neo-colonialism, and is indeed becoming something of a remarkably effective judicial Trojan horse.

It looks to us that globalization is the globalization of US sovereignty, i.e., its extension over as much foreign territory as possible. Interestingly, genocidalism is a means to that end, and one that is more effective than, say, weapons of mass destruction, or even “terrorism” as a tool. Genocidalism is so effective that it bars the inherent right to selfdefense against aggression, and obviates the sovereignty of the targeted state. Genocidalism can even be employed to actually make states vanish, in what can only be called republicide. Such was the fate of Yugoslavia. The other historical example we use to illustrate our points consist of the events in Rwanda of 1994. 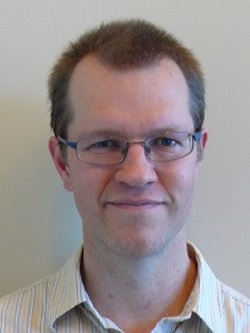