OBJECTIVE: What happens when people see others making progress toward a goal that they also hold? Is it motivating or could it undermine goal pursuit because people feel that they have made progress themselves (i.e., they experience vicarious goal satiation)?

METHODS: We investigated these questions in a longitudinal field context - a group weight loss programme. N = 132 participants who were overweight or obese and attended weekly weight loss classes completed questionnaires over 11 weeks to investigate the consequences of observing other people making progress toward their goal of losing weight

CONCLUSIONS: People who view others making progress tend to be less successful at losing weight themselves over the following week. The findings suggest that this is, in part, explained by the person feeling as if they have made progress themselves; thereby providing the first demonstration of vicarious goal satiation in a field context. Statement of contribution What is already known on this subject? Many people strive toward health goals (e.g., try to lose weight) with other people. However, research into vicarious goal satiation (VGS) suggests that seeing someone else achieve their goal may lead people to believe that they have made progress themselves and undermine goal pursuit. What does this study add? A longitudinal test of VGS in a field context, namely weight loss groups. Observing other people do well was motivating for the observer. They also believed that they had made progress themselves and were less successful at losing weight.

This is the peer reviewed version of the following article: Reynolds, J. P., Webb, T. L., McCulloch, K. C., & Fitzsimons, G. M. (2019). Self-regulatory consequences of observing others making goal progress: A longitudinal field study in weight loss groups. British Journal of Health Psychology, 24(4), 970-981., which has been published in final form at http://doi.org/10.1111/bjhp.12389. This article may be used for non-commercial purposes in accordance with Wiley Terms and Conditions for Self-Archiving http://olabout.wiley.com/WileyCDA/Section/id-820227.html#terms. 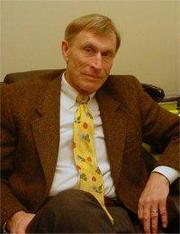