Methods: We merged data on 1331 workers assessed 4 times over an 18-month period with administrative data that include job loss from employers and publicly available data on their workplaces. Workers self-reported occupational injuries in surveys. Multivariable logistic regression models estimated risk ratios for the impact of occupational injuries on overall job loss, whereas multinomial models were used to estimate OR of voluntary and involuntary job loss. Use of marginal structural models allowed for adjustments of multilevel lists of confounders that may be time varying and/or on the causal pathway. 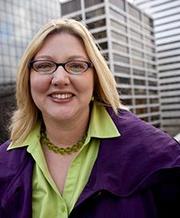