Three Questions for Community Engagement at the Crossroads

Unfortunately, a decade of “calls to action,” begun by the Kellogg Commission’s report on university engagement and the 1999 Wingspread Declaration on Renewing the Civic Mission of the American Research University, has not produced a flowering of transformed institutions….This is not because engagement does not work….And it is not for lack of knowledge on how it can be implemented….Rather, engagement is difficult work. It gets to the heart of what higher education is about and as such, it requires institution-wide effort, deep commitment at all levels, and leadership by both campus and community. (Brukardt, Holland, Percy, & Zimpher, N., 2004, p. ii)

[T]he civic engagement movement seems to have hit a wall: [I]nnovative practices that shift epistemology, reshape the curriculum, alter pedagogy, and redefine scholarship are not being supported through academic norms and institutional reward policies that shape the academic cultures of the academy. There are limits to the degree of change that occurs institutionally, and the civic engagement work appears to have been accommodated to the dominant expert-centered framework. (Saltmarsh & Hartley, 2008, p. 12)

Full participation incorporates the idea that higher education institutions are rooted in and accountable to multiple communities—both to those who live, work, and matriculate within higher education and those who physically or practically occupy physical or project spaces connected to higher education institutions. Campuses advancing full participation are engaged campuses that are both in and of the community, participating in reciprocal, mutually beneficial partnerships between campus and community….Yet, while higher education as a sector has publicly acknowledged that it has an important public mission, there remains a gap between intention and practice. The problem lies in the incongruity between institutions’ stated mission and their cultural and institutional architecture, which is not currently set up to fulfill that mission.

This is publisher's final PDF. Originally published in the Journal of Public Scholarship in Higher Education and can be found online at: http://jpshe.missouristate.edu/205773.htm

Kecskes, K. and Foster, K.M. (2013). Three questions for community engagement at the crossroads. Journal of Public Scholarship In Higher Education 3, 6-17. 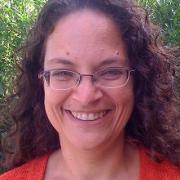