Objective To identify factors that impede payer engagement in a health information exchange (HIE), along with organizational and policy strategies that might effectively address the impediments.

Results We found a large gap between payers’ vision of what optimal HIE should be and the current approach to HIE in the United States. Notably, payers sought to be active participants in HIE efforts – both providing claims data and accessing clinical data to support payer HIE use cases. Instead, payers were often asked by HIE efforts only to provide financial support without the option to participate in data exchange, or, when given the option, their data needs were secondary to those of providers.

Discussion Efforts to engage payers in pursuit of more robust and sustainable HIE need to better align their value proposition with payer HIE use cases. This will require addressing provider concerns about payer access to clinical data. Policymakers should focus on creating the conditions for broader payer engagement by removing common obstacles, such as low provider engagement in HIE.

Conclusion Despite variation in the extent to which payers engaged with current HIE efforts, there was agreement on the vision of optimal HIE and the facilitators of greater payer engagement. Specific actions by those leading HIE efforts, complemented by policy efforts nationally, could greatly increase payer engagement and enhance HIE sustainability.

© The Author 2015. Published by Oxford University Press on behalf of the American Medical Informatics Association. This is an Open Access article distributed under the terms of the Creative Commons Attribution Non-Commercial License ( http://creativecommons.org/licenses/by-nc/4.0/ ), which permits non-commercial re-use, distribution, and reproduction in any medium, provided the original work is properly cited. For commercial re-use, please contact journals.permissions@oup.com *At the time of publication Sunny C. Lin was affiliated with the University of Michigan 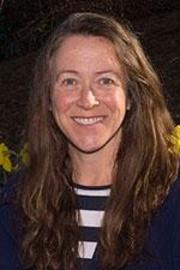