The Color Appearance of Stimuli Detected via Short-Wavelength-Sensitive Cones: Comparisons with Visual Adaptation and Visual Field Data for Peri- or Post-Menopausal Women Under 70 Years of Age

This research was funded by NIH grant EY014594 and by an unrestricted grant from Research to Prevent Blindness (New York, NY).

Dynamics of foveal light adaptation for vision mediated via short-wavelength-sensitive (SWS) cones were compared for two groups of healthy amenorrheic (peri- or post-menopausal) women not using hormonal medication. Each subject was assigned to a group based on the color name – “lavender” (~2/3 of all subjects) or "white" (~1/3 of all subjects) – chosen in a forced-response paradigm to best describe a threshold-level 440-nm test presented on a larger 3.6 log td 580-nm background that had been viewed for ~5 minutes. During the first 20–30 seconds after this 3.6 log td background abruptly replaced a much dimmer background, the threshold elevations (relative to the steady-state levels measured at ~5 minutes) were significantly greater for the lavender-naming subjects than for the white-naming subjects. However, exponential rates of recovery were indistinguishable for the two groups. A viable interpretation is that the gain of the visual response at background onset is greater for lavender-naming subjects than for white-naming subjects at or distal to a site where responses from middle-wavelength-sensitive and long-wavelength-sensitive (MWS and LWS) cones oppose responses from SWS cones. In addition, the color names derived from foveal testing were related systematically to extrafoveal sensitivities measured with Short Wavelength Automated Perimetry (SWAP), in a manner suggesting that response gain and/or response speed may be greater for lavender-naming subjects in the direction of increased SWS response also. Evidence from other subject populations suggests that the choice of color name and the dynamics of visual response each can be affected by alterations (particularly reductions) of estrogen synthesis and response.

This is the author’s version of a work that was accepted for publication in Vision Research. Changes resulting from the publishing process, such as editing, corrections, structural formatting, and other quality control mechanisms may not be reflected in this document. Changes may have been made to this work since it was submitted for publication. A definitive version was subsequently published in Vision Research. 2008 November ; 48(26): 2663–2672. 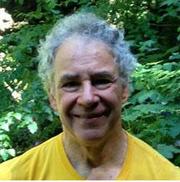