This research evaluates conflicts and delays caused by interactions among buses, bicycles, and right-turning vehicles at a mixed traffic corridor in Portland, OR. The study site has a near-side bus stop and a right curbside lane designated for buses and right-turning vehicles. Next to the bus/right-turn lane is a bicycle lane with a bicycle box ahead of the bus stop (i.e., between the intersection and the bus stop). This research examines two concerns caused by these overlapping bus, bicycle, and automobile facilities; the first is the number of bus-bicycle conflicts (as a proxy for safety) and the second is bus delay. Video data was collected and analyzed to quantify conflicts, travel time, and delay. For every bus passing through the study site, the mixed traffic scenario that the bus incurs was categorized as one of 72 different combinations of bus, bicycle, and automobile interactions. Video count data was weighted according to seasonal, weekly, and hourly bicycle volume data to estimate the number of annual bus–bicycle conflicts. A regression analysis was performed to identify potential sources of delays. The results indicate that each bicycle crossing the intersection after the bus (within 60 ft of bus) contributes to bus delay. No statistically significant delay was found from the bicycles stopped in the bicycle box, bicycles stopped behind the bicycle box, bicycles that cross the intersection before the bus, or the presence of right-turning vehicles.

Cities have sought to alleviate traffic congestion and the associated environmental impact by encouraging cycling and transit use. The incremental development of cycling infrastructure and transit networks requires a rethinking of existing strategies and scrutiny of recent innovations. In general, most bus lines are routed on major streets and recommended bicycle routes are usually on low-speed neighborhood streets. However, multimodal networks will have challenging segments in which bus routes, bicycle lanes, and motorized vehicles share space.

In 2010, Portland’s City Council unanimously supported the Portland Bicycle Plan, with its ambitious goal of reaching a 25% cyclist mode share. Since the early 1990s, the city’s investments in bicycle amenities have successfully achieved subsequent rises in cycling ridership (1). In 2008, the city rolled out a new experimental traffic treatment, the right angle bicycle lane extension, that is, a bicycle or bike box. The most common application for the bicycle box is to place cyclists in front of right-turning vehicles, thus preventing right hook conflicts (2). Many of the city’s bicycle boxes have been visually reinforced with green pavement marking, as is preferred by both motorists and cyclists (2).

Although the bicycle network has been improving, Portland’s public transit provider, TriMet, has been struggling with declining bus ridership and speeds (Figure 1). Not all modes of public transit have declined; MAX (light rail) ridership has increased during this period. Although many complex factors affect TriMet ridership, one major difference between bus and rail modes is average speed. MAX rail cars average about 18.2 mph and the buses average 13.7 mph, for 2015–2017 (3). The quest to increase bus speeds—and plausibly, ridership—pushes transit agencies to find ways to reduce bus delays.

In this context of growing bicycle ridership and slowing buses, it is important to study intersection designs that may need to be redesigned or updated. To the best of the authors’ knowledge there is no research that has addressed bus, bicycle and automobile conflicts in the US. This research contributes a novel categorization of mixed traffic conflicts, a methodology to estimate annual bus-bicycle conflicts, and regression results identifying statistically significant sources of delay. This new analysis of high-traffic, multimodal arterials can reveal patterns and insights useful in developing future design guidelines. 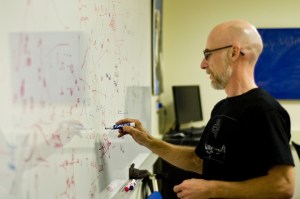 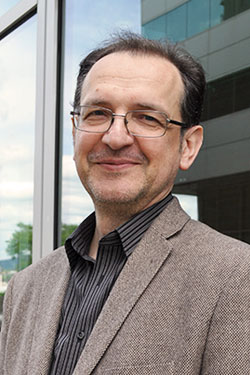 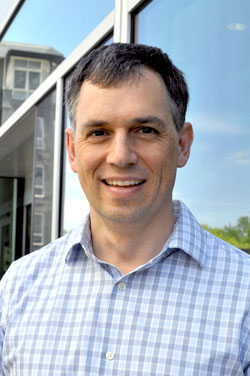