Why is Dishonesty Difficult to Mitigate? the Interaction Between Descriptive Norm and Monetary Incentive

Part of the research was funded by the Faculty Enhancement Award 2016-17, Portland State University

We examine whether changes in perceived norm of dishonesty can offset the effects of changes in benefit from the dishonest action. We find partial support for the hypothesis in laboratory experiments on lying behavior in a cheap-talk sender-receiver game, conducted in two countries. In the experiments, we vary benefit from lying and shift senders’ norm perception by providing them information on lying from prior sessions. The findings suggest that senders adjust their perceived norm as expected, but they respond to norm in a somewhat self-serving manner. Specifically, when benefit from lying is lowered but senders are induced to believe in a higher norm of lying, they lie significantly more than when norm is not intervened. However, when benefit from lying is raised, our intervention to shift perceived norm of lying downward succeeds in altering senders’ belief as intended, but does not lower lying significantly. The results can be conceived as an indirect evidence of the challenge in curbing dishonesty by reducing private pecuniary gains in a society with a culture of dishonesty, while suggesting that even societies with history of low dishonesty may succumb to dishonesty when pecuniary incentives for dishonesty rise.

This is the Author's Accepted Manuscript of an article that was subsequently published in Journal of Economic Psychology, Volume 80, October 2020, Pages 1-15, published by Elsevier. The version of record may be found at https://doi.org/10.1016/j.joep.2020.102292 This manuscript version is made available under the CC-BY-NC-ND 4.0 license http://creativecommons.org/licenses/by-nc-nd/4.0/ 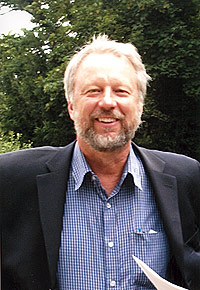