Making Enemies: the Mainstream Media Spectacle and US Foreign Policy

Perspectives on Global Development and Technology

As Herbert Schiller long ago observed, the mainstream (corporate) media (MSM) in the US have long been instruments of state power. However, since the nineteenth century, the reading public has relied on the news media as a pillar, albeit flawed, of a liberal democratic society. While the public still regards a “free press” as essential to democracy, it no longer has confidence that the mainstream media deserve that status. Trust levels in the MSM have plummeted since the 1970s, reflecting a larger pattern of distrust of public and private institutions in general, including the US Congress. Even many media professionals themselves do not see the US as defending the freedom of investigative journalism. Moreover, the quality of corporate media, more owner-concentrated than ever, has declined, often to the level of tabloid spectacle, as profit-oriented news departments try to compete with a wide array of 24/7 news platforms, including those coming from social media. The era of neoliberalism has all but eliminated the public service ideology behind news and public affairs reporting, and concurrently there has emerged a crisis of state legitimacy that threatens the foundations of the liberal democratic order. 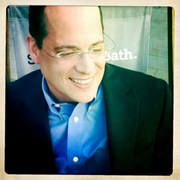