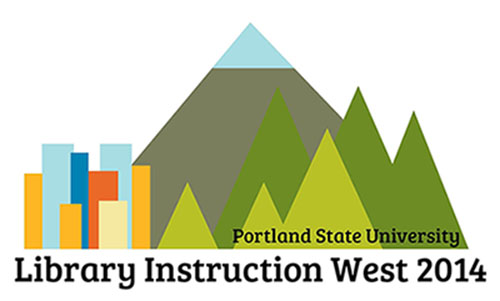 Arising from an interest to provide a library user education conference in the West, the first LOEX of the West conference (as it was originally named) was held at Willamette University in June 1994, with the theme "Cultivating the Electronic Landscape: Teaching and Learning in a Climate of Constant Change." The success of this conference led to another in June 1996 at University of Washington, Seattle, with the theme "Collaboration and Instructional Design in a Virtual Environment." The conference has continued since then every 2 years.

LOEX of the West was never officially associated with the LOEX Clearinghouse for Library Instruction at the Eastern Michigan University Library. However, the conferences always followed the LOEX conference model of a limited number of attendees, promoting an atmosphere for library professionals to learn and share experiences and ideas with others.

In 2013, the organizers of the 2014 conference, after consulting with past conference attendees and organizers, decided to rename the conference to remove the on-going confusion with LOEX. The new name, Library Instruction West, honors the conference's primary focus and regional location.

Library Instruction West is very grassroots; it has no permanent home nor a permanent sponsor. The conference is organized and run by librarians who volunteer.