This report summarizes the result of the cultural assessment employee survey administered in April 2007 to all City of Longview employees. Responses were obtained from 235 people (response rate 67%).

The survey results include the following key findings:

* Average scores indicate that employees generally support diversity and understand the importance of diversity in the workplace.

* On average, employees rated departmental support and understanding toward diversity lower than their personal support.

* There was a difference in the average score between men and women in their views of gender equality in the workplace. Some women expressed concern over inequality in the way they were treated.

* There were varying views on how to approach the issue of diversity. Some people expressed a strong concern over the presence of bias, stereotype, and intolerance in the city, and the need to address these issues. Other people noted that the city should not be focusing so much on individual differences. Rather, they emphasized the importance of treating everyone equally, regardless of demographic and cultural background.

* Some people expressed the need for non-English speaking members of the community to learn English and assimilate into mainstream U.S. culture.

* Some employees opposed making hiring decisions based on diversity criteria. 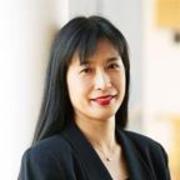