This project was supported by a Faculty Enhancement Grant from Office of Research and Strategic Partnership at Portland State University.

Existing literature has established the notion of collective trauma to characterize how traumatic events such as legal attacks, violence, disasters, and racism can have lasting impacts on communities (e.g. Alexander et al. 2004); however, less is known about trauma in queer communities. While we understand how heterosexism (discrimination against queer people), and cissexism (discrimination against transgender people) have impacted individual queer and transgender people (e.g. Nadal 2019), yet to be examined is how these factors may serve as sources of collective trauma to queer communities. We seek to understand how collective trauma can be inflicted not only from actors external to a community, but how the source of a collective trauma may be situated within the group itself.

This paper draws on interviews with 80 queer individuals living in the Portland, Oregon metro area to articulate how traumas may manifest at the collective level. Here, we use “queer” as an umbrella term for describing both queer people (e.g. lesbian, gay, bisexual, pansexual) and trans people (e.g. transgender, non-binary). We focus on examples of external trauma: legal recognition, hate crimes, and cissexism; we also find evidence of within-group trauma linked to racism. We argue that for queer communities, collective trauma is complex and multi-faceted and that identifying intragroup traumas may be highly relevant to more fully understanding community dynamics.

It is important to note that the interviews used in this analysis were conducted in 2013; since then, same-gender marriage became legal in all U.S. states but new regressive policies have been enacted (e.g. religious exemptions to anti-discrimination laws, “bathroom bills” impacting transgender people’s ability to access public space, a ban on transgender troops from the military) and we have seen an increase in hate crimes against queer and trans people (FBI 2018). It is as important as ever to understand the sources of trauma to queer communities to inform future discussions of how to address these problems and promote resilience within queer communities. 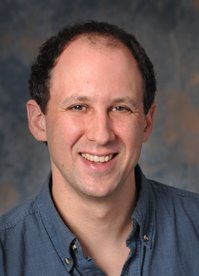