Review of The American Far West in the Twentieth Century. By Earl Pomeroy

After publishing his path breaking study The Pacific Slope: A History of California, Oregon, Washington, Idaho, Utah, and Nevada in 1965, Earl Pomeroy embarked on the even larger task of writing a history of the American West in the twentieth century. The present volume is the result, deeply researched by Pomeroy over four decades and completed after his death in 2005 by his student and friend Richard Etulain. The book is a fascinating mix of carefully presented details and wide-ranging topical coverage. Pomeroy expanded his "Pacific Slope" vision to include Alaska, Hawaii, the rest of the Rocky Mountain states, and five of the Great Plains states, but omitting Texas because he judged it more southern than western. After an introductory profile of "The West in 1901," the text breaks into four chunks. Four chapters deal with economic development, including family farming and industrial farming, industrial mining, petroleum extraction, and manufacturing. Two chapters examine "rails, roads, and cities," meaning the interaction of expanding transportation systems and commercial cities. Two chapters cover social relations (immigrant communities, religion, education) and two more examine local and state politics and the national influences of western political initiatives.

This is the publisher's final PDF. Copyright 2009 by the Center for Great Plains Studies, University of Nebraska-Lincoln 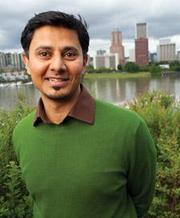