Background and Aims: Dioecy and sexual dimorphism occur in many terrestrial plant species but are especially widespread among the bryophytes. Despite the prevalence of dioecy in non-vascular plants, surprisingly little is known about how fine-scale sex-specific cell and leaf morphological traits are correlated with sex-specific physiology and population sex ratios. Such data are critical to understanding the inter-relationship between sex-specific morphological and physiological characters and how their relationship influences population structure. In this study, these data types were assessed to determine how they vary across three populations within one moss species and whether fine-scale morphological traits scale up to physiological and sex ratio characteristics. Methods: Twenty cell-, leaf- and canopy-level traits and two photochemical measurements were compared between sexes and populations of the dioecious moss Ceratodon purpureus. Field population-expressed sex ratios were obtained for the same populations. Key Results: Male and female plants differed in cell, leaf and photochemical measures. These sexual dimorphisms were female biased, with females having larger and thicker leaves and greater values for chlorophyll fluorescence-based, leaf photochemistry measurements than males. Female traits were also more variable than male traits. Interestingly, field population sex ratios were significantly male biased in two study populations and female biased in the third study population. Conclusions: The results demonstrate that the larger morphology and the greater physiological output of female C. purpureus gametophytes compared with males occurs across populations and is likely to have significant effects on resource allocation and biotic interactions. However, this high level of dimorphism does not explain population sex ratio variation in the three study populations tested. This research lays the groundwork for future studies on how differential sex-specific variation in cell and leaf traits influences bryophyte plant fitness. 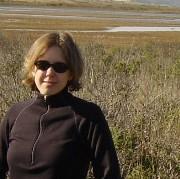 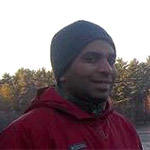